When the project was started in January of 2006 the schedule called for completion in 2015.   This was too optimistic it would be closer to 2023 for the plane to fly.

Before the project was started the plan was to restore old sections and parts of B-17’s we had purchased. When the project was underway it became clear that a lot of parts had to be re-made.  The parts we had bought were in bad shape. They were cracked and corroded in many places.

People of the US Air Force museum’s restoration department in Dayton who looked at the project told us it would not fly with these parts.

To fly the B-17, the whole plane had to be airworthy and made with good parts. So, start all over.

The lay out shows the airplane broken down in sections.

It is a sub-assembly breakdown of a basic  B-17.

Several sections we purchased were damaged beyond repair or restoration but could, somewhat, be used as reference when a new part was made from a Boeing drawing.  The sections we received were not all complete and there were many missing parts which we made directly from a factory drawing.

Reading and making a part from a 1941 Boeing Corp. drawing was for most volunteers quite a challenge.

The Champlain Lady has parts from 5 different B-17s.

What did we start with?

From which airplanes did the sections come?

Each major section on the Sub-Assembly Breakdown above is numbered and will be listed below.

The Ball Turret, Throttle Control Console and the Navigator’s Astrodome were purchased, later, at an auction.    They also came from 44-83316)

The picture below shows the rear fuselage of this airplane.   That is the section behind the wing stretching to the tail.

Built by Douglas (saw no action in WWII). It was assigned to the 3205th Drone Group at Elgin AFB, FL.  Owned by Tallmanz Aviation, (Tallman & Mantz).

The airplane appeared in WWII movies such as “McArthur” and  “Thousand Plane Raid”, painted as “Suzy Q” and       “Balls of Fire”.

Built by Douglas. (It saw no action in WWII). It was used as a Rescue airplane (a TB-17H), equipped with a lifeboat. ( Later used as a test object on the ground at the Yucca Flats in Nevada during an A-bomb test in the early 50’s.  The fuselage broke in the weakest part of the structure, the radio room. Later this wrecked airplane ended up with Kermit Weeks of the Fantasy of Flights Museum and put in storage. 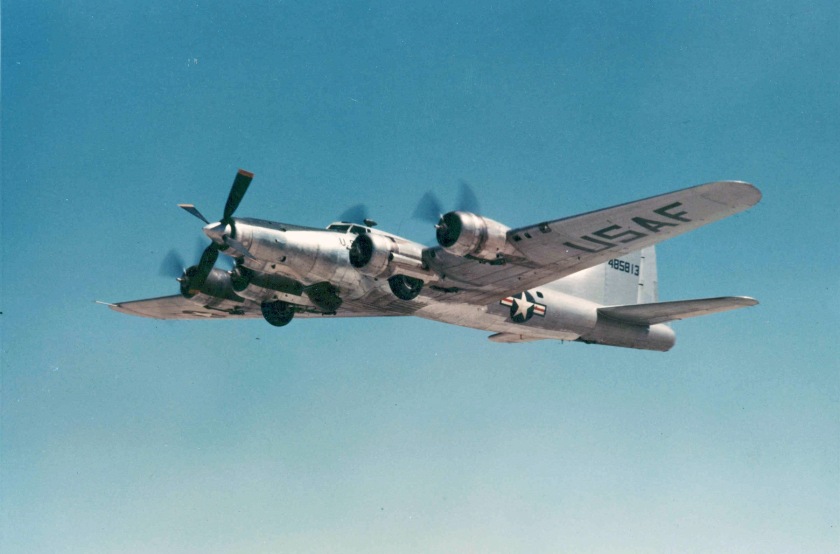 Built by Lockheed-Vega.(It saw no action in WWII). It was converted to a Curtiss-Wright engine test bed to test a 5000 Hp Turbo prop engine   Later restored to fly as a Fire-fighter Air Tanker. Working as an Air Tanker it crashed in 1980 at Bear Pen, NC.  It was salvaged and put in storage by Reilly Aviation. 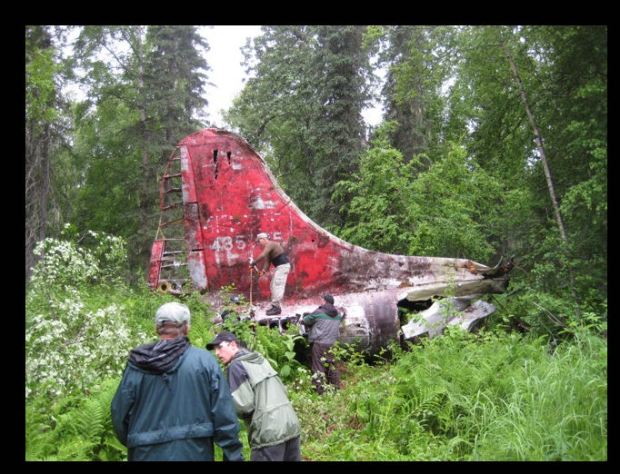 Build by Douglas.  (It saw no action in WWII). The airplane was stationed at the Elmerdorfer AFB, Anchorage, AK in the 1950’s, assigned to the 6th Radar Calibration Flight.             The airplane experienced an in-flight engine fire in July of 1951. It crash landed and burned, in a remote area 10 miles North of Talkeetna, AK.   The Champaign Aviation Museum’s volunteers recovered parts, 50 years later, from this wreck, with permission from the State of Alaska, in July of 2011.

aircraft and sailing are my hobbies View all posts by walbers1